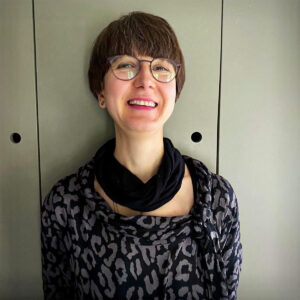 Katerina Olka is a graduate of the Psychology department of A.U.TH. and of a Master’s Degree in Neuropsychology from University Paul Sabatier – Toulouse III. She was further trained in Systemic-Family Psychotherapy & Counseling, as well as the Rehabilitation of Specific Learning Disabilities. She made her dream come true when she has recently completed a 200 hours yoga teacher’s training. Since 2008 she is the owner and manager of one of the oldest Guesthouses in Pelion Peninsula in the Eastern Part called “Ghermaniko Guesthouse”. Additionally, she is currently working as a clinical Psychologist – Systemic Psychotherapist and a Yoga Practitioner. She has also been occupied as a Psychologist at the Polyclinic of Doctors of the World in Thessaloniki, as a student supervisor, counsellor and trainer in private colleges, parenting schools, second chance or special education ones together with other institutions. She keeps being a scientific associate of the Greek Language Center and she has participated as a speaker in seminars, conferences and workshops. She is a long-time associate and active member of the Systemic Society of Northern Greece and the Association of Parents of Children with Dyslexia & Learning Difficulties of Northern Greece.

© expressingmyself.org
We use cookies to ensure that we give you the best experience on our website. If you continue to use this site we will assume that you are happy with it.OkPrivacy policy